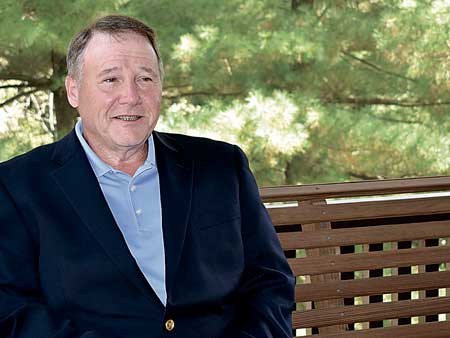 David Zatezalo was confirmed by the U.S. Senate as the Assistant Secretary of Labor overseeing MSHA with a vote of 52-46 on Nov. 15, 2017. During his confirmation process, Zatezalo told the Senate Committee on Health, Education, Labor and Pensions that he would seek more consistent enforcement from agency officials and improved use of technology to boost safety and focus on “safer mining and health behaviors.” According to the Husch Blackwell Mining Coalition alert, Zatezalo is a former coal mining executive from West Virginia.

He began mining in 1974 as a union miner and rose through the ranks at various companies to work as a foreman, superintendent, vice president of operations, and CEO, among other positions. Over his career, he worked for Consolidation Coal Company, Southern Ohio Coal Company, and Windsor Coal Company. Most recently, between 2007 and 2014,

Zatezalo served in a number of roles at Rhino Resources, including as its president, CEO, and COO. He is a past chairman of the Ohio Coal Association and member of Mine Rescue Veterans of Pittsburgh.

Zatezalo is both a mining engineer and professional engineer. He received his mining engineering degree from West Virginia University. He also has an MBA from Ohio University. The IAAP Safety Committee has sent a letter to Zatezalo explaining their interest and concerns with the new workplace exams rule and lack of compliance training coming from MSHA, Education Field Services funding, State Grants program, continuing regional stakeholder meetings and an invitation to speak at the IAAP convention. You may read this letter at https://goo.gl/rne1Cq.