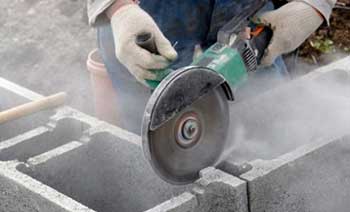 Workers clock out after a long shift with faces discolored and streaked from dust and sweat, except where their half-face respirators form a clean triangle from nose to chin. Many of these people wear this equipment in atmospheres heavy with dust, only to take them off when the air seems clear, unaware of dangerous silica particles that are too small to see still permeating the air around them, otherwise known as respirable crystalline silica (RCS).

Emissions of silica dust have been a topic of focus at the U.S. Occupational Safety and Health Administration (OSHA) for years, leading to testing, data and debate that has resulted in the standards issued in the 2016 Final Rule on RCS. This regulation establishes strict guidelines for the permissible exposure limit (PEL) of workers to RCS with the goal of reducing the risk of silicosis, chronic respiratory issues, lung cancer and kidney disease, which have been tied to prolonged and concentrated airborne silica dust exposure.

OSHA Final Rule took effect on June 23, 2016, giving industries one to five years to comply, with the construction industry first on June 23, 2017, followed by general industry, hydraulic fracturing and maritime on June 23, 2018. Engineering Controls (such as water or ventilation) are scheduled to follow in 2021. The rule was recently upheld by U.S. Court of Appeals for the District of Columbia after it was challenged by construction and mining industries.

To control emissions of these minuscule particles and achieve compliance, many companies are still engaging in traditional dust control methods involving surface suppression using hoses and sprinklers. However, field tests and experience have demonstrated that these methods do not adequately suppress most types of fugitive airborne dust, including RCS, exposing workers to potential health risks and resulting in expensive and often disruptive violations. Applying as much as 500 gallons per minute (GPM) of water depending on the application and equipment, the volume of traditional dust suppression efforts can lead to compliance issues beyond RCS rules, such as wastewater runoff, standing water slip-and-fall hazards and water usage violations.

Silicon dioxide is formed into a crystalline structure over millions of years. Thirty percent of all minerals are silicates (minerals containing silica) and geologists estimate that they could comprise up to 90 percent of the Earth’s crust. “You can find crystalline silica all around us, in roads, buildings, soil; it’s everywhere,” explained Mike Lewis, Dust Suppression Specialist at Dust Control Technology (DCT). “It’s a common component of cement, concrete, brick, block and mortar. The amount of RCS in any specific dust emission is based upon the silica concentration in the material you’re working with and the application.”

The potential for crystalline silica dust exposure is also common to operations that handle, store, cut, drill or crush substances like limestone, coal, ore, stone, rock and other bulk materials. Applications that involve sand such as glass manufacturers, foundries, sand blasting and hydraulic fracturing, are likewise prone to emissions of silica dust.

One of the traits of RCS that makes it so dangerous is the size of the airborne particle and how long it can linger and travel on air currents, even indoors. According to the National Institute of Environmental Health Services, the size of dust emissions from substances containing silica, from sand to clay, varies from .01 micrometers (μm) to 100μm in diameter. For perspective, the diameter of the average human hair is about 100μm. Depending on their weight, dust particles must typically be 200μm or smaller to become airborne and linger, while 50μm and smaller particles are nonvisible to the naked eye.

When testing for RCS in the air, personal dust monitors (PDMs) and gravimetric monitors record levels of PM10, the approximate size threshold for particles to be able to penetrate the body’s natural defenses (mucus membranes, cilia, etc.) and reach deep into the lungs, potentially causing serious health issues.

Unfortunately, the reality is that respirators can be cumbersome and uncomfortable to wear over long periods, so when working in seemingly clear air, personnel who are unaware of the presence of nonvisible particles tend to remove the apparatus. This makes suppression at the point of emission and proper control of airborne dust particles critical to creating a safe work environment.

The final rule sets a PEL of 50 micrograms (μg) of respirable crystalline silica per cubic meter (m3) of air (50 μg/m3) as an 8-hour time-weighted average. The previous rule of 250 μg/m3 was considered too high and a possible contributor to worker health issues. The Final Rule also gives requirements for exposure assessment, methods for controlling exposure, respiratory protection, medical surveillance, hazard communication and recordkeeping.

“The Final Rule proposes some very general ideas for dust control that mostly involve surface suppression, ventilation and the use of chemical surfactants,” Lewis continued. “Since regulators are testing for concentrations in the air, the application of these methods must be highly effective at preventing fugitive silica dust at the point of emission or in some way control airborne particles.”

Complying with regulations often involves a combination of workflows, ventilation, respirators, surfactants, sprayers or atomized mist technology. The effectiveness of these technologies varies based upon the application and the scale on which they are applied.

• Workflows — This is when a company identifies dust-causing processes and limits the activities to prescheduled time slots in a shift, allowing the utilization of proper safety equipment and dust control measures for shorter periods to minimize exposure. This is not possible for some industries, particularly outdoor operations with material that is exposed to wind and unpredictable environmental conditions.

• Ventilation — Ventilation includes HVAC, air cleaners and dust bags. For HVAC ventilation to be effective, dust-causing operations must be contained in an enclosed room or area that is only occupied by workers wearing protective gear. Air cleaners and dust bags are commonly attached to enclosed conveyor transfer chutes or vessels. Routine monitoring, changing and clearing of filters or dust bags is an important component within this solution, which may require regularly scheduled downtime.

• Respirators — Highly effective with a relatively low per-unit cost, respirators can be cumbersome for long-term use and may be removed by workers at ill-advised times. The unit must be NIOSH (National Institute for Occupational Safety and Health) approved for the specific environment. Filters must be checked and changed regularly and OSHA requires employees to be trained in the proper operation and maintenance of the equipment. An improper fit can render them less effective, so the agency also requires periodic fit checks.

• Surfactants — This type of chemical additive is distributed in water by industrial sprayer or atomized misting system, and is particularly helpful for the suppression of dust emitted by naturally hydrophobic materials such as coal. Materials are hydrophobic when the interaction between the water molecule and the material is negative, causing the water molecules to bond to themselves rather than the material. This creates beaded droplets that roll off the surface rather than wet it, like a water resistant jacket. Surfactants promote ionic bonds that spread the droplet across the material, allowing hydrophobic particles to cling and cake.

• Sprayers — Commonly found in the form of misting hoses, water cannons, sprinkler systems and water trucks, this method distributes water on the surface of a material to seal in dust at mines, material transfer points, on storage piles and in open transport vehicles. In some cases, one or more workers are required to operate or reposition the equipment. Due to droplet sizes of 200μm to 1000μm, sprayers have been found to be ineffective in controlling airborne fugitive dust emissions.

• Atomized Mist — A fine engineered mist is distributed using a powerful fan-driven cannon design or strategically placed misting bar/ring. Nucleating nozzles fracture pressurized water into millions of tiny droplets between 50μm and 200μm in size, preferably applied at the point of emission. The tiny droplets raise the humidity of the target area, float on atmospheric air currents with dust, capture particles and drag them to the ground. Settling droplets provide surface suppression evenly across material using less water, drastically reducing the volume of runoff and lowering the chance of pooling.

Misguided regulation and the slipstream effect

According to OSHA’s final rule, “For outdoor dust suppression, the PEA (preliminary economic analysis) determined that workers must often spray water over storage piles and raw material receiving areas. The methods by which water is provided for these tasks can vary widely, from water trucks to hoses and sprinklers. It was judged that most facilities would make hoses available for spraying and that spraying requires a materials-handling worker to devote part of the workday to lightly spray the area for dust control.” This is incomplete and potentially expensive instruction that requires extra labor and does not take into account several operational factors such as water evaporation, disruption of material, wind and the 24-hour work cycle. More important, sprayers of any kind (hoses, water trucks, etc.) are incapable of offering airborne dust suppression due to the large droplet sizes they produce. This is because of the “slipstream effect.”

When the size and velocity of a moving droplet causes air to rapidly flow around it — that is called a “slipstream” — acting much like air around a plane’s wing. Though small, the airflow around a falling droplet 200μm to 1,000μm in size is strong enough to deflect airborne PM10, and in some instances, actually lifts the particle. In contrast, atomized mist droplets — ranging between 50 and 200 microns in size — linger in the air and create virtually no slipstream, facilitating collisions with airborne particles and driving them to the ground. Atomized mist also settles lightly on material surfaces, offering ground-level suppression as well. When used in tandem with a surfactant and dosing pump, the technology is effective on an extremely wide range of applications and materials.

Operators are discovering that atomized mist technology can create a safe and compliant workplace by providing both airborne and surface dust control. The mist from a single machine can cover an area as large as 280,000 square feet (31,000 square meters), while at the same time minimizing water consumption by using 39 GPM (147.6 lpm) or less. Once the hoses and power are attached, automated operation reduces labor costs considerably. Programmable controls and remote operation can improve suppression efficiency even further, particularly in high-volume production operations. Some manufacturers even supply roadworthy trailer-mounted designs equipped with their own generator sets, water tanks and other options for remote locations without available water or electrical sources.

“It’s one of those technologies you can just turn on and walk away from, minimizing water consumption and labor hours,” said Lewis.

“This is a workplace safety issue that not only has a long-term consequence to workers’ health, but also directly affects a company’s bottom line. And it’s important for staff morale; modernizing current dust control procedures is smart business,” Lewis added. “Atomized mist technology for bulk handling has been around for more than a decade, ample time to prove its effectiveness and the return on investment in a wide range of bulk handling industries and applications.”