MOUNT TRUNSMADI—Located in the Trusmadi Forest Reserve, in Sabah, Malaysia, standing at over 2,500 metres above sea level is the new job site for one of our Terex MPS crushers along with other Terex equipment. 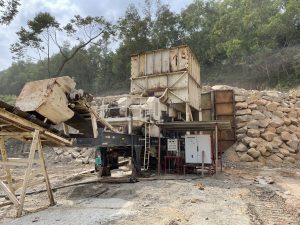 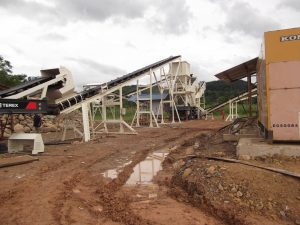 A recent project for one of our customers involved relocating Terex equipment to this location from over 150km away. The requirement from the customer was that the equipment be moved to this site that needed it post-pandemic. This equipment had been unused for upwards of 2 years. The durability and quality of the machines shone through as they were relocated with ease.

The machines were relocated successfully, and with ease. The flexibility which is offered with   Terex MPS Wheeled Plants was the key factor by which the customer could reuse almost all components from the previous site. This included reusing the 5×14’ IV Decks which were easily attached to the wheeled units in transit. 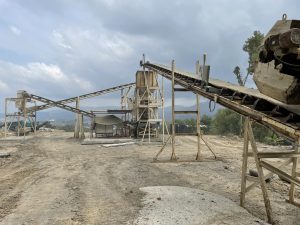 “The versatility of our Wheeled Plant was the main reason that the customer chose Terex originally,” said Benjamin Tong, Regional Sales Manager for Terex MPS. “The IV Decks screen makes it easy for the customer to cope with the market demand for four different aggregate sizes,” he added. 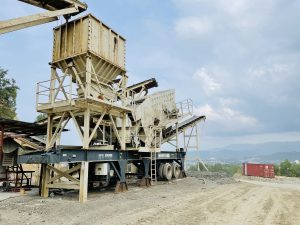 The service support provided by Terex MPS team was also highly appreciated by the customer, which resulted in a quick turnaround of the plant and in turn production. Now sitting at the top of a new site some 150km from the old site, overlooking the beauty and majesty of Mount Trusmadi, the Terex MPS systems are working together as one, once again, after years of sitting idly by. The one-of-a-kind optimization of the machines, along with their premium quality components has saved the customer time, labour costs and overall relocation costs during a time when the market is at its most challenging. 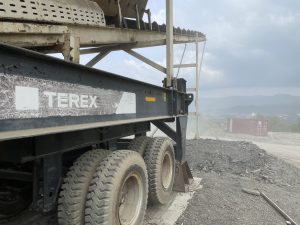 It’s easy to see why Terex MPS are the number one choice for our customers. To learn more about Terex MPS, visit our website at www.terexmps.com