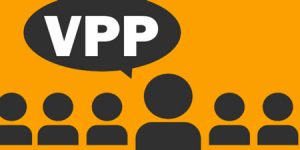 As the Trump Administration pursues its agenda of de-regulation, OSHA issued a policy memo recently, reversing course on a key part of its approach to the Voluntary Protection Program (VPP). According to a May 30th memo, which revised a 2013 policy (“Memorandum #7”), OSHA will no longer automatically issue an Intent to Terminate Notice (ITT) to companies on VPP when certain events occur.

Instead, the agency will take a more deferential and conciliatory approach to overseeing VPP participants. The changes implemented by the May 2018 memo took effect immediately.

Regional Administrators are instructed to change policies and procedures with regard to incidents that potentially impact VPP status of participants in accordance with the following provisions:

OSHA’s original Memorandum #7 issued by Dr. David Michaels on May 29, 2013 incorporated provisions to address concerns that the VPP program had failed to maintain adequate controls to ensure that only participants with exemplary health and safety programs were designated as VPP sites. Under the 2013 policy, Memorandum #7 covered a broader scope of incidents requiring action by Regional Administrators and imposed stricter consequences on those participants, such as:

The 2013 memo had been OSHA’s response to deficiencies in the VPP cited by the General Accounting Office (GAO) in its 2009 report. The 2009 GAO report contained a detailed analysis of OSHA’s VPP and determined that OSHA ‘s internal controls failed to ensure that only qualified work sites participate in the VPP.

Outlook for the future

Based on the new policy, it looks as if OSHA is turning back the clock on its VPP approach. This reflects DOL Secretary Alex Acosta’s support for compliance assistance programs, such as VPP. OSHA may seek to expand the program in the future.

We’ll continue to monitor OSHA activity in this area at Safety Law Matters regarding changes that may affect your workplace.