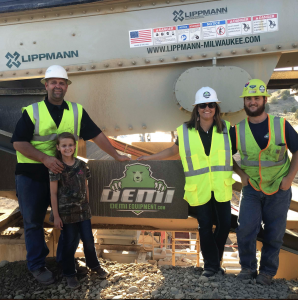 Will there ever be the perfect solution to maximize crushing and screening operation productivity and be consistent throughout the year as far as scalping and screening media plays its major part?

Some would lead you to believe there is, while others just assume it’s pretty much impossible to get the media dialed in for optimal results so they often just try to push harder — to no avail. There are specialty aftermarket products along with tricks-of-the-trade secrets either passed down through generations or discovered by remaining persistent in the search, maintaining that “neverquit” determination it takes to run one of these ever-changing beasts.

Some manufacturers like to think they control their own destiny by requiring customers to utilize genuine OEM parts for warranty reasons. Instead, this may be the only leg they have to stand on during a warranty period until what they are offering doesn’t work out. What happens when customers begin to realize that secondary manufacturers are providing what may be considered to be the real “performance parts” and that these parts are proving to be much improved or even better-performing in the tough working conditions after the research and preliminary testing has been done? Many aftermarket parts are not inferior but rather the complete opposite, especially when the aftermarket groups specialize in one offering and it’s all they watch over and make improvements on. Many times, aftermarket products and parts will keep a customer from having to take a major leap up to the next sized piece of equipment benefitting themselves in many ways.

• Why would somebody believe they can get their plant set up with the correct screening media practically every time? Are they some kind of genius or maybe a “Rain Man” type where they can simply remember just about everything or calculate almost anything? I’m guessing some of these guys who often get it right, have probably been at it for a while and most likely got started doing what they do with minimal outside help and endured hard knocks while on the job. They also have most likely documented locations and what combinations of media they used the last time at this specific area. Even remembering previous jobs or having taken notes doesn’t mean the gradation or the now-increased moisture conditions (creating one of the quickest variations) won’t throw the entire scalping and screening process into complete chaos. At this point the best step is to seek assistance within your support system, which is often online. Maybe there’s a willing group of peers around you, or lastly, contact your local equipment dealer to see if they can help you with this stickier-than-usual predicament. Luckily, there are various creative media solutions, so when faced with extra moisture it won’t easily affect the entire screening or scalping processes anymore. Yes, certain companies out there make specialty products, such as Grizzly Spring Fingers, a heavy-duty scalping media specifically designed to work through sticky claylike material encountered in the wet, early start of a season as well in the later part of a season just before some locations have to shut down.

Utilizing products such as Grizzly Spring Fingers in the primary and secondary scalping circuits has proven to not only help fight these high moisture conditions, but they are also capable of increasing productivity by large gains — as much as 30-40 percent conservatively. The Grizzly Spring Fingers product has other applications that are just being realized within the market and are making differences in many other areas of production not considered before.

Another simple change would be to consider purchasing their existing wire mesh screening media constructed in stainless, which is quite better in staying clean and less likely to plug because of its unique ability to remain smooth and shiny, which are both good characteristics for remaining clear of plugging while lasting longer in the life cycle due to stronger metallurgical characteristics. Combine the best qualities of stainless — being stronger, with better memory-holding characteristics, and then create a new weave or square opening pattern that doesn’t cross over itself so it remains flexible — and you have an amazing screening media that works best in wet and stickier applications, but also in traditional dry ones too, because of its uniquely designed ability to remain flexible while in motion, similar to what makes the Grizzly Spring Fingers product such a huge success in these unfavorable and demanding conditions.

These couple of product designed concepts are some of those “tricks of the trade” items that are being passed down or discovered through product marketing recognition and word of mouth sharing from plant operations and production foremen. Maintenance and equipment managers appreciate these products as they provide them with more production uptime and lengthened operation cycles. They can reduce overall workloads and labor costs by not having to change the better scalping and screening media as frequently — sometimes by half. If you can nearly double the life cycle of screen media for less than double the price, you have a strong chance of making new friends — especially when performing maintenance half as much. You now have benefitted your safety program exponentially as well.

• The other solution is to simply try and push harder with the basics at their minimal dollar introductory price.  We all know the saying “you often get what you pay for,” so don’t be surprised if this path leads nowhere and leaves you angry when you later find out there is an easier way. Sometimes we have to learn the hard way before we can accept the path of least resistance. The question is, do we realize this before it’s too late?

Aftermarket product technology is nothing to be afraid of so long as you do your research and find the products that when interviewed have a reference portfolio of previous customers available, or you can find them in some featured products article write-ups from resources you trust or have recognized before as reputable in the industry.

If you enjoy these random aggregates and quarrying equipment-based subjects, tune back in for more topics to come. Send me a subject or topic you would like brought to light and any associated questions you would like to have discussed and I will gladly provide my best answer based upon my specific point of view and personal experience.

Questions or comments? Email Tim Holmberg at prairiedawg@pdpractical.com . Simply write me a letter and we will send you a T-shirt or ball cap: