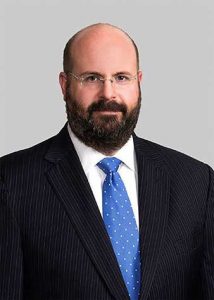 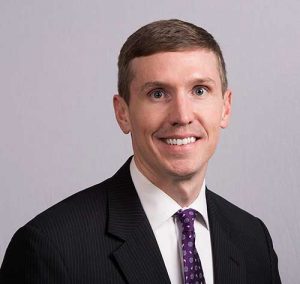 by Collin Warren and Travis Vance

In the previous installment, we set forth five points to assist employers in addressing violence in the workplace that arises from an event other than an active shooter. These types of events can range from simple fistfights to sexual assaults. Employers, however, should analyze and address in their emergency action/response plans the active shooter scenario. As these events seemingly become near everyday occurrences, they must be addressed. This second installment will address five basic concepts that can be incorporated into an emergency action plan to assist employers with addressing the active shooter scenario.

Once an employer has implemented the basic workplace violence protocol there must be some form of adaptation wherein an active shooter situation is distinguished for the workforce. To distinguish this point, two co-workers at a mine whose dispute over last night’s football game carries over to the workplace should not trigger the same response as an active shooter scenario. While law enforcement may be called to the site, the wholesale response that is needed in an active shooter situation will not be implicated. However, when that wholesale and unified response becomes necessary, employers should have a distinct signal in place to alert employees of the situation. This could be as simple as a PA announcement that “Grandma’s cookies are in the kitchen for your enjoyment.” Once the threat is identified and known, employees should be trained to identify and respond to the signal. Employers should be wary of sirens or other announcements that might impede law enforcement’s ability to hear and discern where the threat is coming from.

After the threat is announced to the workforce, employees should be trained on how to respond and know their responsibilities. Most law enforcement agencies teach Avoid, Deny, Defend or Run, Hide, Fight (or some form, combination or subspecies of the above). Employers should check with their local law enforcement to determine if they have an active shooter response team in place. If so, those law enforcement agencies will frequently provide free training or advise employers on what their response will be and what they want to see from the employees once they arrive. In any event, the basic principles are simple. Avoid the shooter if possible. Deny the shooter access to your physical space. If the first two options are not available or fail, the individual should be prepared to Defend. The bottom line is the potential victim must find a reason to live and thus a reason to fight.

One consistent feature of most mass shootings is that the perpetrators generally have no “exit strategy.” In fact, most either commit suicide or intend to be shot by law enforcement. Because of this common feature, employees should be aware and trained that verbal negotiating is likely to fail. As such, the importance of Avoid, Deny, Defend or Run, Hide, Fight is critical.

It is also important to understand that this aspect of mass shootings often changes how law enforcement responds to the situation. Employees should be aware that law enforcement will likely not render aid until the shooter is no longer a threat to any person. Only at that point will aid begin to be rendered to the injured. In these instances basic training on trauma treatment/response can be critical to survival of those injured. Employers should consider adding trauma kits (in addition to first aid kits) and training employees on how to use what may be unfamiliar but lifesaving tools.

Most employees are resourceful, smart and skilled individuals; however, in situations such as these, you do not want your workforce to have to find its inner MacGyver to survive. For example, your office-based workforce can be provided with large, rubber doorstops. These are cheap and easy to use to prevent the opening of inward swinging doors. Likewise, employees can be reminded that outward swinging doors can be secured with belts and other straps commonly found on clothing or accessories. Additionally, while taboo in the HR world, tell employees to fight! There is a time for fighting in the workplace. Employees need to be trained that the time to fight is now. Employees who work outside should be trained to consider identifying and locating true cover. That is, something that provides more than mere concealment and provides physical protection from fired projectiles.

• Put a plan in writing, train and drill

Finally, the best of plans are of little use if they are not communicated to the workforce, trained on, and exercised. Even if the workplace is not required to have a written emergency action plan, employers should reduce their workplace violence plan to writing and consider utilizing both management and non-management participation in making the plan. Once the plan is finalized, employers should train employees on the plan and document the training. As with fire drills, a good way to ensure that employees are aware of where to go, and what to do, is a mock-drill. While employers may not be able to realistically simulate an active shooter, allowing employees to hear the warning signal(s), identify exit routes, as well as muster points, is a good way to ensure that each employee is aware of their responsibilities and what they need to do in the event of an emergency.

While workplace violence and active shooter training is not fun to discuss, planning and training is the key to surviving such horrific events, which are becoming increasingly more frequent. The above ten points may not be failsafe in forming your program, but if given sufficient consideration, they should form the building blocks to a solid program.