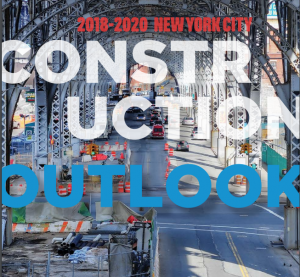 New York City is in the midst of its second and most robust building boom of the 21st century, experiencing continued growth in residential development, as well as a significant expansion in public capital investment. Record spending was especially boosted by the ongoing construction of massive non-residential buildings throughout the five boroughs.