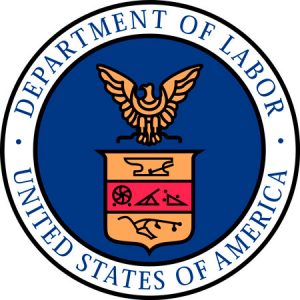 MSHA issued a Request for Information (RFI) and scheduled a public meeting on the issue for Oct. 17 in Washington, D.C., seeking to gather “information and data on feasible best practices” to protect miners from quartz crystals in respirable dust generated during the process of mining coal, including potential new or developing protective technologies, and any other technical and educational assistance that could prove helpful.

In what is perhaps the most important development revealed in the RFI, MSHA announced that it also is engaging in an “examination of an appropriately reduced permissible exposure limit” – which the agency’s critics, including union leaders, have long sought.

In recent years it has slowly become evident that a plague of a new, more destructive form of black lung disease is afflicting the nation’s coal miners at a time when the belief was widespread that black lung arising from breathing coal dust had been virtually eliminated.

The newer form strikes more quickly and devastates miners’ lungs earlier because the disease they suffer from is in reality a form of silicosis, caused by respirable crystalline silica being mixed in with the purer coal dust that created the original black lung epidemic. The tiny particles of silica have been found to do tremendous damage to lungs, resulting in inevitable decline into debility and death. In addition to lung disease, exposure to silica is believed to contribute to chronic obstructive pulmonary disease.

The new black lung arose after many of the seams of pure coal ran out and operators began mining thinner seams running through rock, primarily sandstone. The mining process involved grinding up rock along with the coal, spreading clouds of fine silica dust everywhere, which eventually led to this new form of black lung called progressive massive fibrosis (PMF).

But MSHA is not the first government regulator that has confronted the health threats to workers arising from exposure to crystalline silica dust. OSHA, which like MSHA is an agency of the Department of Labor, began taking action in 2011 with development of a rule adopted in early 2016 to stem the exposures of workers in industries like construction and manufacturing to respirable crystalline silica dust. In the wake of OSHA having taken direct action, MSHA has been seen as dragging its feet while it awaits the results of additional research.

In 2017 the OSHA-imposed silica rule went into effect, first for the construction industry and then for other non-mining employers. That rule also established a new, lower Permissible Exposure Limit (PEL) for workers significantly lowering the silica level that workers may be exposed to and imposed several new requirements on employers.

The rules developed by OSHA also include stringent air quality testing and monitoring standards as well as monitoring and performing regular health assessments of workers who are exposed to silica dust. OSHA hasn’t been shy about pursuing enforcement efforts either, fining employers with millions of dollars in penalties for silica rules violation.

OSHA also recently announced plans for a new national emphasis program to deal with breathable silica dust exposure expected to launch in 2020. Respiratory protection violations place smack in the middle of both of OSHA’s Top 10 Lists for “serious” and “willful” violations for 2018.

This August, the DOL Inspector General issued a report finding that MSHA’s civil monetary penalties program has proven to be ineffective when it came to improving safety and may not provide enough of a financial disincentive for mine operators to avoid future violations.

Last November, the Inspector General declared in his annual report that the mine safety agency should take additional actions to ensure mine operators comply with its Respirable Coal Dust rule. These include reviewing the quality of coal mine dust controls in mine ventilation and dust control plans; analyzing sampling data quarterly; and monitoring operator sampling equipment.

The Inspector General also stressed that MSHA needs to re-evaluate its Respirable Coal Dust rule in light of new information, along with increasing testing and enforcement for other airborne contaminants.

At a congressional hearing held last June, MSHA chief David Zatezalo first revealed that the RFI would focus on personal protective equipment (PPE) such as respirators and helmets, pointing out that OSHA’s silica rule permits employers to comply with its silica standards by deploying the appropriate PPE, but MSHA’s rule doesn’t allow that.

At the same hearing, United Mine Workers of America president Cecil Roberts explained that in many circumstances it is physically difficult to the point of impossibility for miners to wear this kind of respiratory equipment for long periods.

In fact, MSHA itself has cautioned that respirators are not comfortable for many miners and as a result their use is diminished, especially over an extended amount of time. Under its existing coal mining standards, miners are not required to wear respirators and mine operators cannot rely on respirators as a substitute for engineering and environmental controls.

“The primary means of controlling respirable dust are still engineering or environmental controls,” pointed out Jason M. Nutzman, a partner with the law firm of Dinsmore & Shohl LLP. “Moreover, respiratory protection should not replace these controls but instead should be provided to miners until controls are implemented that are capable of maintaining respirable dust levels in compliance with the standards.”

UMWA’s Roberts was joined at the hearing by Leo Gerard, president of United Steelworkers (who has since retired). In addition to offering their testimony, the two union leaders told Zatezalo in a letter dated the same day as the hearing that MSHA’s silica standards were “in desperate need of revision.” Both of them also urged MSHA to adopt the OSHA silica standard.

“All miners need this standard, surface and underground, no matter what they’re mining