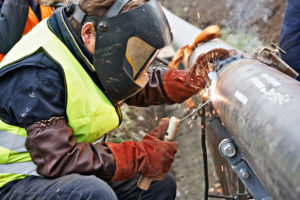 The Rebuild SoCal Partnership (RSCP) has long advocated for increased infrastructure funding at the local, state and federal levels. A new poll finds that the majority of Americans, from both parties, agree with RSCP that we need more funding for the critical infrastructure systems that keep us moving and supply us with clean drinking water.

The poll, conducted by the AP-NORC Center for Public Affairs Research, asked participants to identify what types of funding should be included in upcoming infrastructure legislation. Despite partisan divides, the poll found much common ground among those citizens who were polled:

Americans are also in agreement that improving infrastructure and creating economic growth are high priorities for the nation:

RSCP continues to work on progressing these high priority goals for Southern California, advocating for both improved infrastructure funding and greater access to career construction jobs as a means of economic growth. Of particular importance are: increasing opportunities for women to build careers in construction, and expanding access to training programs and apprenticeship opportunities that will give a younger generation a path to stable, well-paying careers in construction.