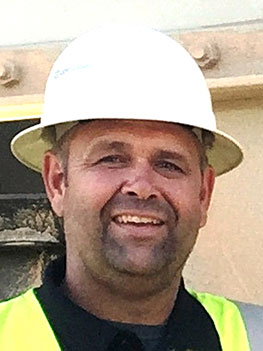 Will we ever realize a time when electrical cords will be absent from running our equipment? Will there come a time when we no longer need to wrap and unwrap the long, heavy runs of live high voltage power every time the plant is moved or changed in configuration? This was an interesting conversation a tower operator and I had not too many days back. I know these guys spend many hours getting all the lengths of cord routed and connected or terminated, many hours tying the cords to the conveyor frames, making sure they are not stretched over any sharp edges or places where they will get worn from the excessive vibration and shaking this equipment prone to produce.

Let’s brainstorm and see if we can possibly think of some quick ideas to watch for in the next 20 years regarding our electric motors being operated in a newer, more efficient way than anyone could have dreamed.

• Will it be possible to run each motor on solar-based technology, built into each and every motor, or will this technology only be an aftermarket feature? Will motor manufacturers want to pick this up from the inventor and get the technology integrated from a factory represented concept where they would further develop the capabilities overall? Wouldn’t solar power be an amazing green alternative resource to reduce operational costs significantly? I know that running newly developed motors with solar energy is only half the battle — other half is telling it to turn on and off and make certain the motor listens. This could quickly become a huge safety issue if the malfunction stops forward progression almost immediately. It could be extremely dangerous to not have any controlling positive connection wires when it comes to hitting a safety stop switch and there being a lapse in response should a signal get interrupted or blocked from the wireless controller. By using a simple set of headphones (if a signal fails) is not a “life and death” quick response needed to shut a machine down that may have someone unexpectedly trapped or caught in an unforgiving machine?
• It would appear that controls to the motors may still have to remain somewhat hard wired for the sake of human life applications — at least for safety shut down purposes. This would definitely bring down the number of overall cords needed and also reduce cord diameter and length, making the entire process more manageable.
• As nuclear power continues to develop and is realized to be more useful and safe, will it be likely that this technology could actually be considered to assist in the concept of eliminating electrical cord runs? Or is this type of technology still too unstable in the hands of the public, even if trained and licensed? I believe one day it could absolutely be something that we could see being used in an attempt to advance the overall production and safety of large electrically driven machines.
• Some may say we already have the answer in cleaner burning, diesel-powered self-contained engine drive packages and I believe it to be the closest solution so far. But this type of supplemental powering over an electric motor has many drawbacks, such as additional maintenance requirements, from daily to monthly, that can start to get overlooked after a short period of time. One notable would be an added up front purchase cost. Another limitation would be overall emissions output points, which now starts limiting full blown production schedules of a plant, only allowing so many hours of overall use based on strict permitting laws. Direct diesel or diesel hydraulic and even diesel generated power is another solution to removing cords from laying all over the operations ground and eliminating them almost completely if desired, but is this beneficial to the owner’s bottom line? We will have to wait and see where the next few years of technology takes us.

American technology, along with other well-established international markets have continued creating avenues of solution-based technology and I put nothing beyond the reach of seeing these valid ideas become realities. One never wants to limit one’s thinking ability and say, “there is no way that would ever work.” A few short years later you may be amazed when what you had once deemed impossible is right in front of your eyes doing the possible.

If you enjoy these random aggregates and quarrying equipment-based subjects, tune back in for more topics. Send me a subject or topic you would like brought to light and any associated questions you would like to have discussed and I will gladly provide my best answer based upon my specific point of view and personal experience.

Questions or comments? Tim Holmberg prairiedawg@pdpractical.com — or simply write me a letter and we will send you a T-shirt or ball cap:
Tim Holmberg / 2915 Idea Ave. / Aberdeen, SD 57401