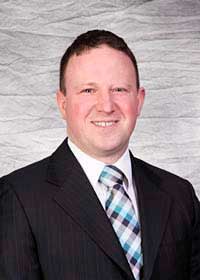 The Tax Cuts and Jobs Act (TCJA) was a bill of 505 pages that was signed into law by President Trump on Dec. 22, 2017. The first complete tax overhaul in over 30 years has a far-reaching impact on businesses (both small and large) as well as individuals. In the information outlined below, the focus will be for construction contractors looking to purchase equipment, whether that is new equipment or used equipment. The impact of TCJA will reap benefits for those looking to purchase long-lived assets but were concerned of the tax costs. There are two key areas of focus for equipment purchases, Section 179 and Bonus Depreciation, as explained further below.

Section 179 permits taxpayers to elect to fully expense equipment purchases in the year the equipment is placed in service rather than take the expense over the assigned life, typically 5 years for construction equipment. Under pre-Tax Cuts and Jobs Act law, a taxpayer’s annually allowable Code Sec. 179 expense could not exceed $500,000 as adjusted for inflation ($510,000 for 2017). If qualified purchases exceeded $2,000,000, the dollar limit had to be reduced by the amount by which the cost of section 179 property placed in service by the taxpayer during the tax year exceeded $2,000,000 adjusted for inflation ($2,030,000 for 2017). Therefore, under prior law, if purchases exceeded $2,500,000 ($2,540,000 in 2017), the taxpayer could not elect to expense assets pursuant to Section 179.

The Tax Cuts and Jobs Act raises the pre-inflation-adjusted annual dollar limit from $500,000 to $1 million and the pre-inflation-adjusted annual beginning-of-phase-down threshold from $2 million to $2.5 million. In addition to the increased limits, TCJA expanded the definition of qualified property to include “qualified real property.” The Tax Cuts and Jobs Act changes the definition of “qualified real property” by adding roofs; heating, HVAC property; fire-protection and alarm systems; and security systems. This definitional adjustment is not only a tax benefit for construction contractors renovating their own properties, but it should also be utilized as a marketing tool to inform customers of the opportunity to fully expense certain real property improvements.

Like the Section 179 expense, bonus depreciation provides an accelerated deduction for capital expenditures made during the year. Before the TCJA, taxpayers were allowed to deduct 50 percent of the cost of most new tangible property other than buildings and even some building improvements. Most new computer software was also eligible for the 50 percent deduction. Because of the deduction in the year placed in service, there was an adjustment of the regular depreciation allowed in that year and later years. The “50 percent bonus depreciation” was to be phased down to 40 percent for property placed in service in calendar year 2018, 40 percent in 2019 and 0 percent in 2020 and afterward. The phase down was to begin a year later for certain private aircraft and long-production period property.

Pursuant to the TCJA, for property placed in service and acquired after Sept. 27, 2017, the TCJA has raised the 50 percent deduction to 100 percent. (Appropriately, 100 percent bonus depreciation is also called “full expensing” or “100 percent expensing”.) Most importantly for construction contractors, under the TCJA the definition of qualified property has been expanded to include used tangible property. The post-Sept. 27, 2017 property eligible for bonus depreciation can be new or used. This would mean equipment purchased at auction or from used equipment dealers would be eligible for immediate expensing in the first year. This was not allowable under previous law.

It is important to note that each state has its own set of rules related to depreciation, and those rules vary. Not every state conforms to the Federal tax laws as written. Even with the potential for nonconformity at the state level, there is a clear opportunity for construction contractors who need to expand their equipment purchasing. Under the new law, contractors can increase their equipment fleet without adverse tax implications, as the likely outcome for income tax purposes is immediate expensing through either the use of Section 179 or Bonus Depreciation.

Nicholas L. Shires, CPA, is a tax partner with Dannible & McKee, LLP, a Syracuse, New York based public accounting firm. The firm has specialized in providing tax, audit and accounting service to the construction industry since its inception in 1978. For more information on this topic, you may contact him at 315.472.9127 or visit online at www.dmcpas.com.