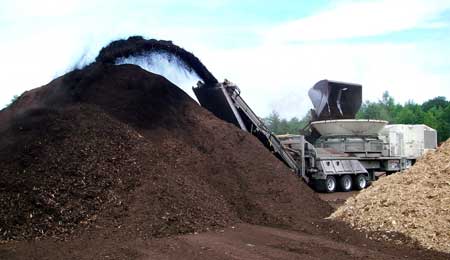 When Jerry Brooks decided to start TAG Grinding, Inc. in 1998, his idea for the Daveville, AL-based company was to provide recycling services for vegetative waste for the city of Atlanta, GA.

“I was in the timber business and saw an opportunity in Atlanta,” Brooks said. “From May until September, they can’t burn, so when we first started, we reached out to construction sites, and then we started doing municipalities.”

TAG Grinding just celebrated its 20th anniversary this February and has grown quite a bit since its inception. Today, the company is a full-range debris management company, working out of Marietta, GA, handling debris removal, land clearing, disaster response and wood working recycling in Georgia and Florida.

“We now work with about 13 different cities throughout Cobb County,” Brooks said. “When we started, it was just me and one grinder. Now, we have about 25 people and are running two grinders full-time, as well as a shredder and chipper.”

Early on, Brooks found some challenges in the business, but persevered and was able to lead TAG Grinding to become the success it is now.

On a given month, the company removes 4,000 tons of waste out of the city of Atlanta and another 2,000 tons a week out of Cobb County in total. TAG works the material from beginning to end and does a complete recycle.

“On Day One, I bought a used grinder and it worked really well, so we stuck with them,” Brooks said. “I’ve tried other brands but they never worked as well for us.”

Besides, if there are ever any problems, Brooks said he can simply call Hogzilla and someone is always there to help him over the phone. He likes that aspect and doesn’t see any reason to ever change.

TAG Grinding’s staff of 25 includes those with experience in FEMA and the U.S. Army disaster response teams, and Brooks noted his personnel are a big part of the company’s success.

“We’re honest and do provide full-service from beginning to end and we always provide the best service for our customers,” Brooks said.