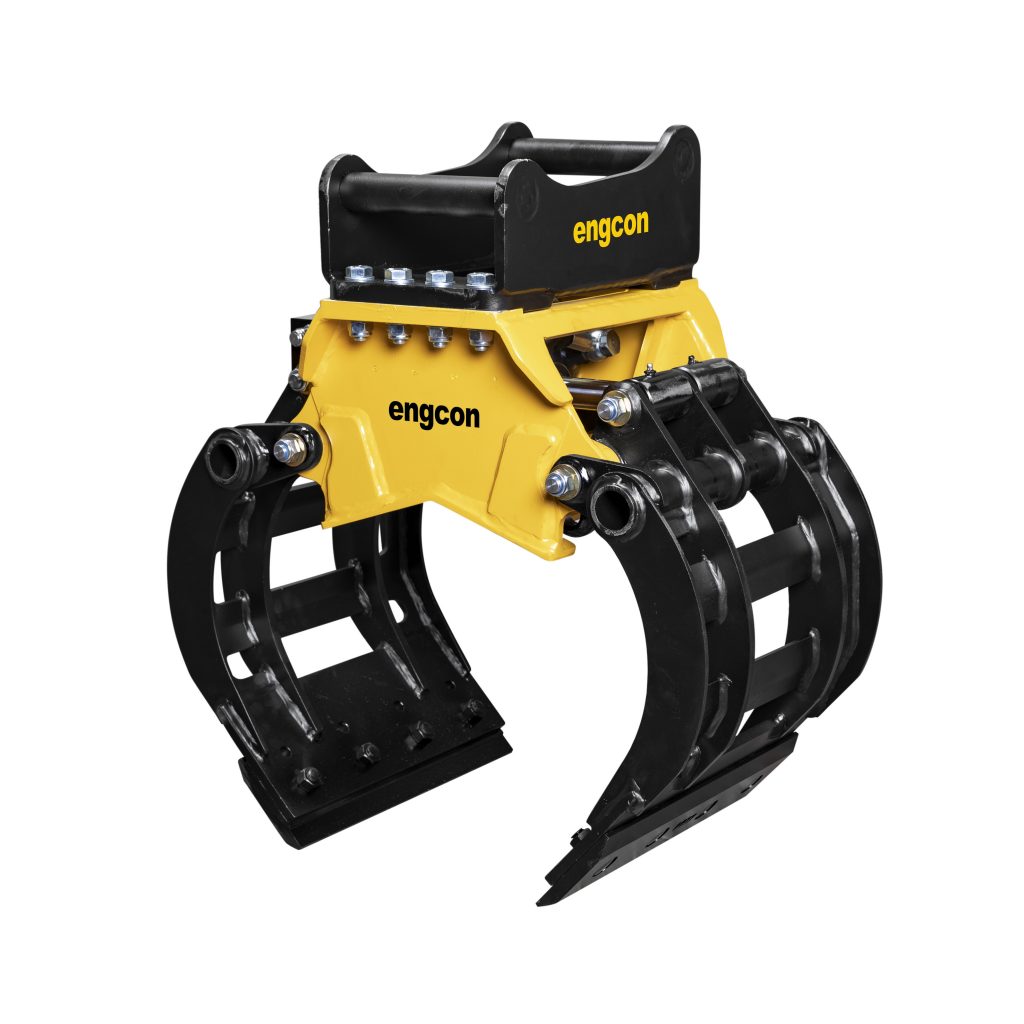 Like most of Engcon’s hydraulic tools, the gate/bracket is attached with screws making it easily adapted to the attachment type of the excavator carrier. The SK02 also has screwed cutting blades, is prepared for digging teeth and can be delivered with sealed/tight sides for use as a clamshell bucket.

In recent years, Engcon has invested heavily in expanding its accessories inventory and today is one of the major players in the development and production of tools for excavators up to 33 tons.

“We are committed to providing the best, most demanding tools that can be attached to a tiltrotator. Our new sorting grab responds to customers’ needs,” says Johan Johansson, design engineer at Engcon.

Engcon, has been manufacturing and selling its tiltrotators, quick couplers, control systems and tools for excavators throughout Europe and Australia for 28 years and in North America for 11 years through dealers.