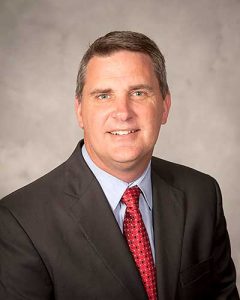 Harmston had served as Southeast Regional sales manager, working out of ECA’s Greensboro, North Carolina location since 2011. His role involved managing the sale and rental of foundation equipment and tools; liaison between customers and the parts and service departments; market development; industry involvement through various deep foundations-focused trade associations; and management of the facility and employees.

“Jeff was very successful in developing our market share in the Carolinas,” said Dutton. “He also did a great job in leading us in the transition into the Florida and Georgia markets. When this position became available, Jeff was the obvious candidate for the job.”

Harmston earned a Bachelor of Science in Finance at the University of North Carolina at Greensburg. He was awarded the ADSC President’s Award in 2015 for his accomplishments with the ADSC Carolinas and Southeast Chapters and currently serves as Secretary for the Carolinas Chapter. Harmston has been married to his wife Karen for eight years and enjoys spending time on the golf course or at the beach.

Visit ecanet.com for the latest information on our ever improving specialty foundation equipment solutions.