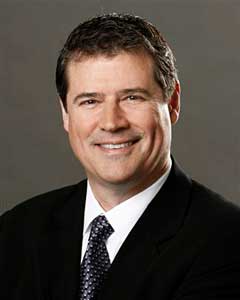 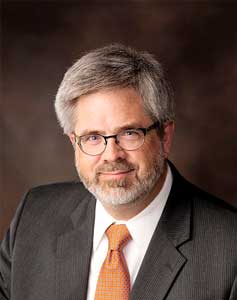 FARMINGTON HILLS, MI — The American Concrete Institute (ACI) introduced its 2018-2019 president, vice president and four board members during The Concrete Convention and Exposition in Salt Lake City, Utah in March.

David A. Lange, FACI, is professor of Civil and Environmental Engineering at the University of Illinois at Urbana-Champaign, Urbana, IL. He joined the faculty of the Department of Civil and Environmental Engineering in 1992. He is director of the Center of Excellence for Airport Technology, a research center working in partnership with the Chicago Department of Aviation and the O’Hare International Airport. A long-time ACI member, Lange has served on the ACI Board of Direction and is a past Chair of the ACI Technical Activities Committee, the Publications Committee and the Board Outlook 2030 Task Group. Lange has also served on the ACI Foundation Board of Trustees and the Financial Advisory Committee. He currently is a member of ACI Committees 236, Material Science of Concrete; 237, Self-Consolidating Concrete; 241, Nanotechnology of Concrete; 544, Fiber-Reinforced Concrete; S802, Teaching Methods and Educational Materials; and S803, Faculty Network. Lange received the 2003 and 2018 ACI Wason Medal for Most Meritorious Paper.

Lange is a Fellow of the American Ceramic Society (ACS) and he received a J. William Fulbright Scholar Award in 2013. He served as associate department head for Civil and Environmental Engineering at the University of Illinois at Urbana-Champaign from 2004-2010.

Jeffrey W. Coleman, FACI, is a licensed professional engineer and Attorney at Law and Principal Partner of The Coleman Law Firm, LLC, Minneapolis, MN. He has been an ACI member for over 37 years. Coleman is the author of the book Legal Issues in Concrete Construction, published by ACI in 2004 (second edition published in 2014), and previously authored the “Concrete Legal Notes” section of Concrete International.

Coleman received his BS in civil engineering in 1976 and his MS in structural engineering in 1977 from Iowa State University, Ames, Iowa. He is a licensed engineer in Iowa, Minnesota and Wisconsin and a lawyer in Minnesota, Wisconsin, North Dakota and Iowa; he practices regularly in other states through admission “Pro Hac Vice.”

After completing his law degree in 1984, Coleman served as General Counsel for Ellerbe Associates, Inc. (later Ellerbe Becket, Inc., and now part of AECOM). He started his own firm in 1991, which was quickly merged and renamed Coleman, Hull & van Vliet, PLLP. In 2013, he founded The Coleman Law Firm, LLC — committed to continuing his representation of engineers, architects and the concrete construction industry.

Coleman represents engineers, architects, concrete contractors and suppliers, and building owners in all aspects of construction. He is a past president of the Minnesota Concrete Council (MCC) and a former Board member. He is also a Sustaining Member of the American Society of Concrete Contractors (ASCC). Coleman served five terms on the Board of Directors of the American Council of Engineering Companies, Minnesota, and has recently been appointed to a sixth term. He is one of the only two nonpracticing engineers to receive the Tom Roach Award for Outstanding Service and Motivation to the Consulting Engineering Professional Community. Coleman is a past member of the Minnesota Board of Architecture, Engineering, Land Surveying, Landscape Architecture, Geoscience, and Interior Design (the Minnesota Licensing Board), and the University of Minnesota Concrete Conference Planning Committee. He is a frequent lecturer on topics involving construction law, but is also a regular practitioner involved with construction disputes involving concrete.

Heather J. Brown, FACI, joined the Concrete Industry Management (CIM) Program in August 2001 and is currently director and professor of the newly formed School of Concrete and Construction Management at Middle Tennessee State University (MTSU), Murfreesboro, TN. She is a member of the ACI Foundation Scholarship Council, and ACI Committees 522, Pervious Concrete, and C655, Foundation Constructor Certification. She has also served on ACI Committee 544, Fiber-Reinforced Concrete, and as a Student Chapter Advisor. Named a Fellow of ACI in 2015, Brown also received the 2008 ACI Walter P. Moore, Jr. Faculty Achievement Award.

Brown has been honored as a recipient of the MTSU Outstanding Grantsmanship, MTSU Overall Excellence, and MTSU Faculty Who Make a Difference Awards. She was named as one of the Influential Women in Business in Rutherford County in 2015 and one of the Most Influential People in Concrete Construction in 2017.

She received her BS, MS, and PhD in civil engineering, all from Tennessee Technological University, Cookeville, TN. Her technical experience also includes five years of material research for the Tennessee Department of Transportation as a graduate student.

Mark A. Cheek, FACI, is vice president of The Beta Group, Engineering and Construction Services in Gretna, LA, where he has served for 19 years. Cheek has over 29 years of experience in the construction industry, including construction materials testing and inspection and geotechnical and civil engineering.

He has been an active ACI member since 1991 and was named a Fellow of ACI in 2006. Cheek is the Chair of ACI Committee C620, Laboratory Technician Certification, and a member of ACI Committees 214, Evaluation of Results of Tests Used to Determine the Strength of Concrete; 228, Nondestructive Testing of Concrete; C610, Field Technician Certification; E905, Training Programs; and ACI Subcommittee C610-FQR, Field Testing Technician Grade I Quality Reviewer. He previously served on the ACI Certification Programs Committee; Chapter Activities Committee; Convention Committee; Honors and Awards Committee; International Project Awards Committee; Membership Committee; Student and Young Professional Activities Committee (of which he is a past chair); and E702, Designing Concrete Structures.

Cheek received the 2011 ACI Chapter Activities Award. He has been a member of the Louisiana Chapter – ACI since 1989, serving on the Board and as president in 2001. He has also been on the chapter’s certification committee since 1989 and currently serves as the committee’s Chief Examiner. He received the Louisiana Chapter’s Chapter Activities Award in 2005 and the Distinguished Chapter Member Award in 2012. Also, Cheek was co-chair of the 2005 and 2009 ACI Conventions in New Orleans, LA.

He is a member of ASTM International Committee C09, Concrete and Concrete Aggregates; American Society of Civil Engineers (ASCE); and Concrete and Aggregate Association of Louisiana (CAAL). Cheek is the Chair of CAAL’s Technical Committee. He is also an examiner for the National Ready Mixed Concrete Association (NRMCA) Pervious Concrete Contractor Certification program and an approved NRMCA Plant Inspecting Engineer. He conducts training programs for both ACI and NRMCA throughout Louisiana and Mississippi.

Cheek received his BS in civil engineering from the University of New Orleans, New Orleans, LA, and is a licensed professional engineer in Louisiana and Mississippi.

Michael J. Paul, FACI, is principal structural engineer in the Philadelphia, PA, office of Larsen & Landis, where he provides engineering for building projects. With more than 40 years of construction and engineering experience, Paul’s work includes troubleshooting, repair, restoration and rehabilitation of concrete, in addition to the design of new structures of all types. Brandywine Shoal Lighthouse and the Caesar Rodney Monument are two of his repair and restoration projects that have been featured in Concrete International.

Paul is the Chair of the ACI Membership Committee and past Chair of the International Project Awards Committee and Committee 124, Concrete Aesthetics, for which he continues to edit the “Notable Concrete” series produced for ACI conventions and excerpted in Concrete International. He served on the editorial review panel for both Sustainable Concrete Guides of the U.S. Green Concrete Council. He is a member of several other ACI committees including 120, History of Concrete, as well as ASTM International committees.

Concluding 20 years of undergraduate teaching, Paul recently stepped down as coordinator for the Senior Design capstone course in the Department of Civil and Environmental Engineering at the University of Delaware, Newark, DE. The course received the National Council of Examiners for Engineering and Surveying (NCEES) Engineering Award Grand Prize in 2010. He was named Engineer of the Year in 2008 by the American Society of Civil Engineers (ASCE) Delaware Section and has received numerous service awards from professional, technical and community organizations.

Paul received his MSCE and MArch from the Massachusetts Institute of Technology, Cambridge, MA, and his BA from Dartmouth College, Hanover, NH. He is a licensed professional engineer, a licensed architect (American Institute of Architects), and is LEED-AP accredited.

Michelle L. Wilson, FACI, is director of concrete technology at the Portland Cement Association (PCA), Skokie, IL. She has over 20 years of experience relating to concrete materials, specifications, performance, troubleshooting and repair.

She is responsible for the development, content and delivery of PCA’s educational programs and products covering the entire spectrum of concrete technology, and she is co-author of PCA’s Design and Control of Concrete Mixtures. She has given numerous workshops and presentations around North America including World of Concrete, International Builder’s Show, and CONAGG/CON-EXPO.

Wilson is Chair of ACI Committee 301, Specifications for Structural Concrete, and a member of the TAC Construction Standards Committee, and ACI Committees 201, Durability of Concrete; 329, Performance Criteria for Ready Mixed Concrete; and E707, Specification Education; and serves as a consulting member on ACI Committee 311, Inspection of Concrete, and Joint ACI-ASCC Committee 117, Tolerances. She received the 2008 ACI Young Member Award for Professional Achievement and became a Fellow of the Institute in 2011. Wilson is a member of ASTM International Committee C09, Concrete and Concrete Aggregates, and serves on the C09 Executive Committee.

Prior to joining PCA in 1999, she worked for Construction Technology Laboratories (now CTLGroup), PCA’s sole subsidiary, specializing in concrete evaluation and troubleshooting on various projects throughout the United States. Wilson has also worked as a field inspector performing quality control for STS Consultants, Ltd., in Milwaukee, WI.