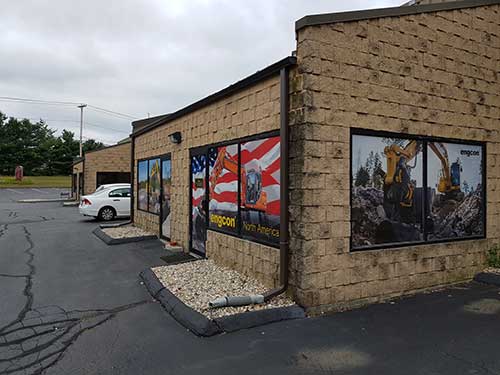 Engcon, the world’s leading manufacturer of tiltrotators – a kind of tilting and rotating quick coupler for excavators – is proud to announce that it has opened its new North American headquarters at 222 Elm St., North Haven, Conn., from which it will establish a distribution network in the US and Canada.

Engcon, a $90 million Swedish firm, has been manufacturing and selling its tiltrotators, quick couplers, control systems and tools for excavators throughout Europe and Australia for 26 years, and in North America for 10 years through dealers.

Engcon’s new company, Engcon North America, will be responsible for the US and Canadian market and will focus on identifying customers who can benefit from Engcon’s advanced technology. Engcon will continue its expansion of its dealer network and service partners while promoting its tiltrotators, the very safe quick coupler Q-Safe and EC-Oil automatic oil connection. Initial efforts will target Conn., NY and NJ.

Joanna Tomczyk will lead the new Engcon North America effort as Director of Sales. In addition to a complement of six personnel, the facility she manages has space to house spare parts and inventory.

“Customer service is a key value at Engcon,” says Ms. Tomczyk. “We will greatly streamline supporting our North American dealers with our new facility.”