Dalrymple has been an ASCC member for over four decades. During that time, he chaired the Membership Committee and was instrumental in bringing in numerous new members, many from his home state. He served on the board of directors from 1998 to 2022.

Dalrymple was a member of the first ASCC MIX (Management Information Exchange) contractor peer group that ran nearly two decades. According to past president D. Thomas Ruttura, “Bob was an influencer within ASCC. He was without a doubt one of our most consistent, participating in all our events and encouraging others to do the same.”

Cleveland Cement Co. joined ASCC in the 1950’s. Simonetti’s service started when he became a member of the board of directors in 1967. In 1990 he was elected president and served through 1992. During this time what was to be a 35-year partnership with CNA Insurance was formed, bringing significant revenue and knowledge to the association. “Simonetti was also instrumental in creating an ASCC yearly “convention” which became the Annual Conference in 2002,” says ASCC past president Paul Albanelli. Finally, it was his idea to hold a member event prior to the opening of the World of Concrete exhibits. This became the infamous Kick Off Bash which now welcomes over 400 people every year to network with their peers and industry experts while having fun.” 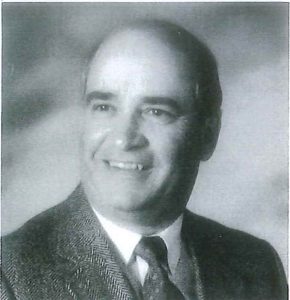 The Lifetime Achievement Award is ASCC’s highest honor, acknowledging recipients for their body of work within the industry and their service to ASCC.

The Emerging Leaders Committee of the ASCC presented its fifth Gaining Strength Award to Joey Ward, director of sales and marketing, Allen Engineering, Corp., Paragould, AK, at the organization’s Annual Conference. The award was established to acknowledge up and coming individuals aged 40 and under, from member companies, who go above and beyond to promote and professionally represent the concrete industry, through their actions in their company and industry organizations.

Candidates are judged based on letters of recommendation and letters of acknowledgement from industry organizations, with emphasis on participation, commitment, safety awareness, role modeling, and personal skills and knowledge. 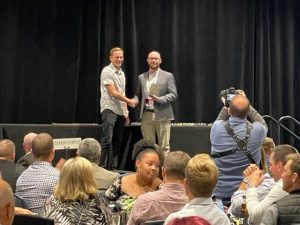 Candidates for the 2023 Gaining Strength Award will be accepted after the first of the year.

The ASCC is a non-profit organization dedicated to enhancing the capabilities of those who build with concrete, and to providing them a unified voice in the construction industry.  Members include concrete contracting firms, manufacturers, suppliers and others interested in the concrete industry such as architects, specifiers and distributors.  There are approximately 715 member companies in the United States and 12 foreign countries.