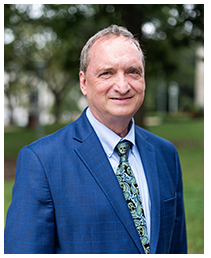 Donald B. Stabler entered the highway construction business in 1940 as a sole proprietorship. In 1955, he merged that proprietorship into Stabler Construction Company, laying the foundation for Stabler Companies Inc., which would employ 1,200 people throughout Pennsylvania and other states. New Enterprise Stone & Lime Company acquired the Stabler Companies in 2008.
Stabler was the founding president of The Road Information Program (TRIP) and nicknamed “Mr. TRIP” in recognition of his support and dedication to the organization’s efforts to promote public awareness of the nation’s transportation needs. TRIP celebrated its 50th anniversary in 2022. Stabler was a past president of the Associated Pennsylvania Constructors, and an active member of ARTBA, the American Society of Highway Engineers, and the National Asphalt Pavement Association.
He and his wife formed the Donald B. and Dorothy L. Stabler Foundation to provide financial support and material aid to charitable, religious, scientific, and educational organizations. In 2008, Lehigh University announced a $34 million bequest from the Stabler Foundation to provide scholarships to students with demonstrated need—it was the largest gift in university history at that time.
Leader: UTCA of New Jersey CEO Robert A. Briant, Jr. 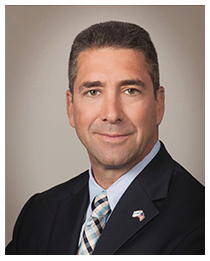 In four decades of advocating for New Jersey contractors, Robert A. Briant, Jr., has become a champion of transportation investment.
Serving as CEO of the UTCA of New Jersey since 2006, Briant has continued in the footsteps of his father Robert Sr., who held the same position for 33 years starting in 1973. With the membership’s help, father and son built UTCA into the Garden State’s most effective voice for investing in transportation, water, and utility infrastructure.
A confidante of the state’s governors, legislative leaders and transportation officials from both parties, Robert Jr., has led efforts to pass two dozen laws that are shaping the state’s infrastructure network and the work environment for contractors building it. Most notable was his leadership of a broad-based coalition that pushed for a transformative renewal of the state’s Transportation Trust Fund in 2016. It included a long-overdue fuels tax increase and unprecedented 8-year capital program that is putting that new revenue to work.
Innovator: James “J.J.” Eden 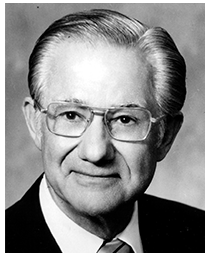 If you have an E-Z Pass device on your windshield that expedites your toll booth trips, you have James “J.J.” Eden to thank. His passion for learning, innovating, and embracing modern technologies have made him a pioneer in the transportation and tolling industries for more than a half-century.
Eden’s career path included posts as assistant chief engineer with the Pennsylvania Turnpike Authority, head of Lockheed Martin’s electronic toll collection division, and the lead of transportation programs and services at AECOM. He is the current executive director of the North Carolina Turnpike Authority.
In 1988, he co-founded the Interagency Group, better known to motorists as E-Z Pass. He wrote the business rules and operating procedures for the group, which launched in 1990 in New York, New Jersey, and Pennsylvania. Today, E-Z Pass is the world’s largest interoperable toll collection program, consisting of 45 agencies in 19 states, serving 49 million transponders, and collecting more than $14 billion annually in electronic toll revenues.
Eden’s future focus remains on developing innovations that will prepare transportation agencies and partners worldwide for connected vehicles, autonomous vehicles, cloud-based systems, and national interoperability.
Innovator: John Deere (1804-1886) 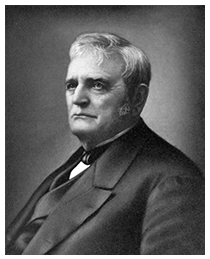 A blacksmith by trade, John Deere found himself making the same repairs to plows repeatedly in his Grand Detour, Ill., shop.
Realizing the wood and cast-iron plows used at the time were not up to the challenges presented by Midwestern prairie soil, Deere began experimenting with new designs. He eventually crafted a new piece of equipment: a self-scouring plow made of steel from a broken sawblade.
Deere sold his first one in 1838. He then produced 10 improved plows by the following year, and 40 more the year after that. Increasing demand in 1843 led Deere to partner with Leonard Andrus to produce more inventory and by 1857, their annual output of plows was 10,000.
In 1868, Deere’s business incorporated under the name Deere & Company, and today is a world-leading equipment manufacturer headquartered in Moline, Ill., with 2021 revenue of $44 billion.
Established in 1985, the ARTBA Foundation is a 501(c)3 tax-exempt entity designed to “promote research, education and public awareness” about the impacts of transportation investment.  It supports an array of initiatives, including educational scholarships, awards, management and education programs, roadway work zone safety training and certificates, special economic research and reports, and an exhibition on transportation at the Smithsonian National Museum of American History.