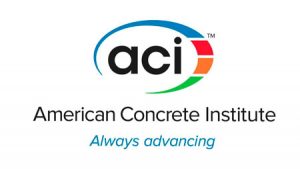 In partnership with ACI committee chairs, the American Concrete Institute has worked to provide the necessary technology and assistance to hold virtual meetings on the same day and same time (in Central Daylight Time) as physical meetings would have been held at the convention. A full list of the nearly 300 currently scheduled virtual committee meetings is available on the ACI website at ACIConvention.org.  As always, ACI committee meetings are open to committee members, students, and guests. There is no cost to participate in this first-ever ACI Virtual Committee Days.

“While we are saddened to have cancelled the ACI Concrete Convention, we are pleased that so many committees remain eager to keep the critical work of the Institute moving forward,” stated Ronald G. Burg, PE, Executive Vice President, American Concrete Institute. “Additionally, this virtual format provides the opportunity for greater meeting participation from students, guests, and other interested professionals in the industry who may not have been planning to attend the convention.”

Major sponsors include Baker Concrete Construction, ForneyVault, BASF, Euclid Chemical, and GCP Applied Technologies. While there will not be an exhibition during ACI Virtual Committee Days, meeting attendees are encouraged to support the many industry-leading companies who had planned to exhibit at the convention; view list at ACIConvention.org.

Full information is available at ACIConvention.org; additional questions can be directed to conventions@concrete.org.